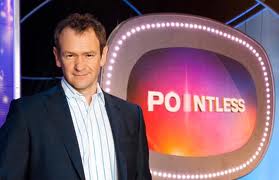 Now don’t get me wrong, the award (now compulsorily known as SPOTY) used to be a fitting climax to a previous unmissable two-plus hour review of the British sporting year; Des Lynam, a few gags with Frank Bruno, some quaintly twee novelty act in the studio, but  mainly a good look back at all the sports that the Beeb used to show during the previous twelve months, all rounded off with a trophy presentation for the winner. Marvellous. 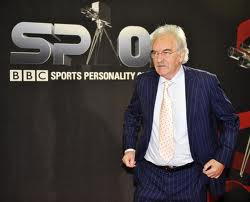 But now it has morphed into a thoroughly missable Oscar-style awards show now conducted on a scale that would have Danny Boyle quaking in his boots.  Eight different awards at the last count – that’s one hour of the show gone.  At least ten opportunities to vote for the main award on a premium rate phone line – that’s another 45 minutes gone. Nauseating “chat” from the likes of Gary Lineker and Sue Barker, perhaps not coincidentally at the heart of destroying that other former great BBC show, A Question of Sport.  Anyone remember Adrian Chiles “interviewing” Olympic and World Champion cyclist Nicole Cooke?  First question, “So your ride a bike.  Do you ever fall off?”

Another ten minutes have gone. 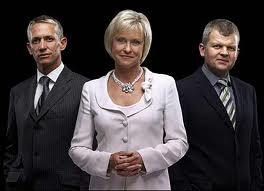 Which leaves five minutes for the sport.  And being the BBC, nowadays that means a lot of padding.  Cue the musical montage with the Eddie Butler/Andrew Cotter voiceover.

But I digress.  What point am I trying to make.  Well other than that it is pretty pointless trying to compare the merits of one sport versus another, it seems that SPOTY has undeservedly been elevated to a status that makes it the pinnacle of sporting achievement itself.  Such that winning an Olympic gold or Grand Slam or world championship or Tour de France, is just a stepping stone to the real prize; the BBC award.

Whilst athletics fans will vote for Mo Farah or Jess Ennis, cycling fans for Bradley Wiggins, tennis fans for Andy Murray etc, I very much doubt that any of them put themselves through their grueling practice or training regimes with a distance dream that one day they will pick up the BBC gong.  Can we not celebrate their achievements in their own right, acknowledging that they have done all they can in their sport, without then trying to stack one higher than the other with a further prize ceremony.  It’s like building a human pyramid on the summit of Everest and rewarding the man standing on the top. 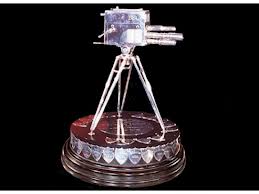 Comparing one sports pinnacle against another’s is of course a subjective argument, but the playing field is not level.  If it was, then Phil Taylor would have won the award about a dozen times. Nor is it immune from the media profile of the sport in question.  Mainstream sports will always fare well due to the disproportionate coverage their leading players receive.  Gascoigne, Owen and Beckham all won in years when England failed to win anything.  And let’s not even mention Ryan Giggs.

Is it fair therefore to say that David Weir’s four gold medals from 2012 don’t stack up against Ben Ainslie’s four over the past dozen years.  Or that McIlroy’s major isn’t as worth  as much as Murray’s?  I can guarantee that world champion Ironman triathlete Leanda Cave won’t get a mention (Chrissie Wellington didn’t ever make the top ten shortlist), and Ali Brownlee can be backed at 1000/1.  I could argue all day for Mo Farah, but up against a Wiggo fan it would be as pointless as comparing Maradona with Messi.  They’ll never play against each other, so why not just leave it at that rather than give a prize to one and a patronising well done to the other.

Sorry lad - you're not good enough

So here’s an idea.  We the taxpayer and license fee payer have a two hour slot in our television schedule a week before Christmas.  Rather than fill it the usual guff and Doris the dinner lady winning a prize for serving the teas for sixty years at the Lower Wimthorpe U13 girls football club – why not just run all the highlights from the 2012 Games, with the original commentary, to remind us of the greatest summer of sport we’ve ever seen and why Britain is such a glorious sporting nation.  And sod the prizes.  The ones that matter have already been awarded. 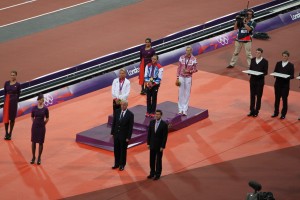 The main award. Let's leave it at that.