I posted on twitter this week the amusing story of US Vice Presidential nominee, who has attracted widespread scorn and ridicule this week from the running world.  His crime?  He blagged that he’d run a marathon quicker than he actually had. See here 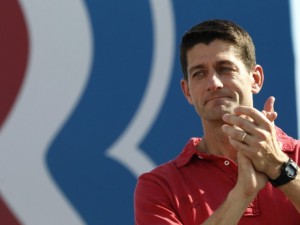 In an interview, he had boasted of how he’d run a marathon twenty years ago in “under three, high twos. I had a two hour and fifty-something.”  As it turns out his real time on inspection was a rather more modest (but still not wholly unimpressive 4:01:25). 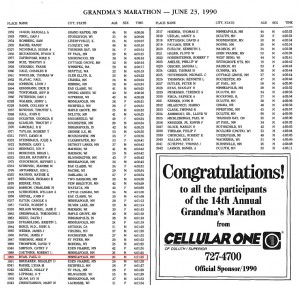 In reality he was guilty of little more than susceptibility to a well known side effect of the aging process.  Namely, “the older we get, the better we were”.  Of course, he was probably trying to big himself up as a bit of a nonchalant hero, but he was probably surprised at the backlash once he was rumbled, and had to start tracking backwards significantly faster than he was running forwards.  Perhaps he was just embarrassed that his time was more than a quarter of an hour slower than Dubya’s best, or that he had been “chicked” by Sarah Palin’s 3h59.

But here at Xempo Towers, where accurate marathon times are something we’re pretty reliant on, it got us thinking about a couple of things.

Firstly, is it possible that you would forget your best marathon time?  Whether you’d run one or a hundred, surely nobody could forget their best time, and certainly not “mis-remember” it by over an hour like Mr Ryan.  I think I can accurately remember the exact time of over forty road marathons, but my best time I remember to the second.  Although give me another twenty years of no improvement, and maybe those seconds and minutes might reduce to somewhere around the 2h20 mark.  Although the chances of me actually running around the 2h20 mark are about the same as me running for the Vice Presidency of the USA.

Secondly, that anyone would be naive enough to think that in this day and age, you can get away with blagging your race times.  Nowadays thanks to the internet, you can get the results of almost any race in the world after a couple of clicks of the mouse (that’s how we do it anyway).  Those over a certain age will remember that back in the Dark Ages, before the turn of the millennium, race results were either printed in Athletics Weekly, or for really big races, they appeared in the local paper only.  I remember my first London marathon in 2000, and the full results were published in the Times over the course of the following week – I had to wait until Tuesday or Wednesday until they got to my time group.

Now unless someone was prepared to go through the week’s papers line by line, there was a pretty good chance (if you were so inclined) of lying about your time and getting away with it.  They didn’t have chip timing either, so you could theoretically even award yourself another ten minute discount for getting across the start line, even though your really had sneaked up and were the only white guy on the front row.

I was always amazed by how many of the older guys at work said how they used to run the London marathon in the 80’s, usually with times that meant they must have been pacing Ingrid Kristiansen, somewhere in the 2h20’s or thereabouts.  But there was never any proof.  We always hear about the decline of British running standards, and how everyone was quicker in the 70’s and 80’s.  Says who?  Says them.  But conveniently all the evidence isn’t around for inspection. 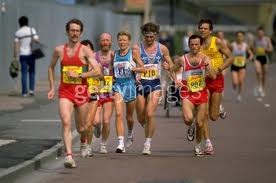 So here’s a controversial thought; maybe we runners are more honest nowadays, because we have to be.  Maybe there is no decline and today’s runners are not getting slower at all.  Maybe, thanks to online results and chip timing, we are simply denied the opportunity to lie about how great we were???

Either way, in today’s information age, you can still run…but you certainly can’t hide