The problem that won’t go away

It was sad to read this weekend of the sorry demise of Armstrong.  A man whose career defining moments were on a different planet, and whose achievements have ever since been surrounded by doubters and conspiracy theorists.  Could we really believe that it was possible in the first place?  Even witnessing it on the telly, could we really believe that what we were seeing wasn’t just some elaborate fake to hoodwink us all to the truth?

I wasn’t even born in 1969, but the moon landings still continue to fascinate and provoke debate in equal measure.  I wonder if Neil Armstrong ever got sick of trying to silence the doubters and just ended up saying, “oh whatever, you can believe what you like because I know the truth about what I did”.

What?  Oh, you thought I was talking about Lance?  Well OK, despite the rather contrived comparison the central theme remains.  Drug-fueled success in sport or walking on the moon; some people will always believe the evidence of their own eyes because they trust the story to be true, and they are convinced by the romance of the story behind it. And some will always doubt because despite any concrete evidence, but armed with plenty of circumstantial and a balance of probabilities, the truth just sounds too preposterous to be viable. 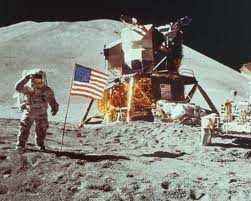 Out of this world

The whole sorry affair with Lance Armstrong can only end one way.  That we’ll probably never know and that there will always be doubt and the believers and doubters will always be split.  Only one man can definitively know the truth, and he is either a hero or a villain.  Or perhaps he is both? 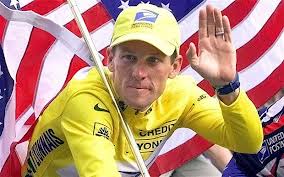 Back down to earth???

But you’ve probably got your own view and I’m not going to put my case for Lance either way; there are a million stories this week on the subject and this is supposed to be a running blog, not a cycling one, so let’s broaden the debate a little and ask ourselves why drugs will always be an issue and what we can do about it.

Are you a sports fan?  Well if so, then you are the reason why drugs have been around as long as professional sport has.  Bit harsh to land that on you I concede, but let’s put it this way.  Citius, altius, fortius – we all want to see the fastest, highest and strongest.  We fans of sport create the demand, and by way of simple economics there have been millions who have tried to fulfil the supply.  But the demand just keeps getting stronger – just look how many millions tried to buy Olympic tickets – and throughout the world we keep on paying to see better and better sportsmen running faster, jumping higher or throwing stronger.  As long as we want it, then money will continue to pour into sport from sponsors, promotors and TV companies; and where there’s money, there’s scope for cheating and corruption.

Demand for sport leads to money.  And money leads to cheating.  Sorry but that’s the way it always has been and always will be.

In the multi-billion pound industry of competitive sport, as long as we want to see it there will be people who look to take a short cut to get their slice of the money and fame.  Of course we wish it wasn’t that way, but only a fool or a hopeless romantic can ever believe that we can eliminate cheating entirely from sport.  Sometimes the cheating is obvious; footballers feigning injury, track cyclists deliberately crashing to get a restart, rugby players faking blood injuries.  There are an infinite number of ways to gain an unfair advantage. 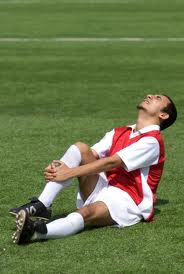 Frequently the cheating is more subtle; it is often called gamesmanship.  But sometimes it is downright underhand and dastardly.  Not visible to the naked eye other than it’s effect.  And drug taking falls into that last category.  Nothing new in it either; you’ll find evidence of drug taking in athletics and cycling as far back as the turn of the previous century.  The governing bodies are always rigorous in their pursuit, but every so often we hear of another cheat being caught (in 2012 alone we had two high profile busts in Frank Schleck – Tour de France and Nadzeya Ostapchuk – Olympic shot put, both exposed), which while we celebrate their capture, we lament the fact that it still goes on at the highest level and the problem seems as prevalent as ever.  So if a war is unwinnable, should we continue to fight it?  Surely the answer is yes, otherwise we might as well just pack up and go home, and let the druggies juice themselves to the eyeballs and compete in empty stadiums long after the disillusioned have given up entirely. 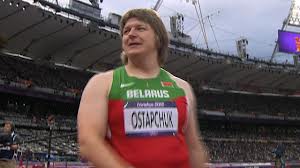 Stripped. Thankfully only of title.

One big problem with drug taking in sport is that it affects every competitor, just as much the clean ones as the dirty ones.  Suspicion often unfairly accompanies success in equal measure.  “How can they be so good?  It must be drugs?”  Ridiculous I know, but can you blame the cynical when so many previous champions have been found guilty of doping.

And suspicion is a pretty fickle beast. Some stand out champions are beyond suspicion.  Head and shoulders better than their contemporaries and any suggestion of impropriety is so ludicrous that I have difficulty writing it.  Seb Coe, Paula Radcliffe, Michael Johnson, Jess Ennis, David Rudisha, Mo Farah, Usain Bolt etc etc…

But along comes a champion Chinese swimmer, or an Algerian 1500m runner with little background fame, or indeed a multiple Tour de France winner, and the suspicions are swirling round cyberspace like a floating dark cloud.  There is no more hard evidence against the latter group than the former group of luminaries, but in the court of public opinion, circumstantial evidence can be the most damning.  How many people believe in the world records of Flo-Jo?  Never done for drugs but died young with her WR’s still intact.  Guility or not guilty?  Marion Jones never failed a drugs test either.  The truth is, we just don’t know who to believe any more. 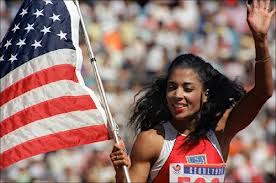 Just as dominant. But not beyond suspicion.

Some performances we do believe in.  Some we don’t.  Usually without any real knowledge either way.  Perhaps we just have more faith in the those who we know and like.  Or perhaps we are more suspicious of those who are guilty by association coming from countries with a notorious history of doping.  Eastern European middle distance runners and North American sprinters versus African marathoners and British milers.

The only thing we can be sure of, is that so long as we continue to pay at the gate, or watch on TV, or buy the sponsors products, then someone will try and cheat by taking illegal substances.  The current system tries to catch them, then punishes with a token two year ban.  The rewards are so high, and the punishment such a non-deterrent that no wonder so many take the risk.  So should life bans be introduced after all, and did the British Olympic Association have the right idea all along?  Possibly yes.  But for that to be re-instated, and on a global level, then it requires the collective will of the athletes, the fans, the sponsors and the governing bodies.  It might not be a giant leap for mankind, but it would be a giant leap forward for sport – but would it be one in the right direction? 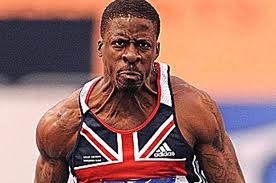 Served his time? Or ban him for life?