It’s no secret to anyone with even the flimsiest knowledge of distance running that the top end of the sport is dominated by African athletes.  Perhaps with a dominance unique amongst all sports.

But is this virtual monopoly of almost every major race good for the health of sport?

On the surface, distance running appears never to have been in better health.  Ironically, participation in road running is at an all time high.  Big 40,000+ races like the Chicago and Berlin marathons sell out in hours.  The London marathon could fill its ballot places ten times over.  Even local races now fill up six months in advance.  A million people will line the streets of London in April as they always do in New York and elsewhere.

But ask yourselves what is it that raises the interest?  Mostly for the participants it is for their own running ambitions or charity fundraising.  For the spectators it is the colour and the carnival, and to support friends and family who are taking part.  Few have even the slightest interest in who wins.  In other words, these races are popular as mass participations events, not as sporting contests.  The TV people are far more interested in the human interest, charity and celebrity angle when there is only an African interest at the sharp end.  They reflect the public perception of the anonymous African presence and swiftly divert their attention elsewhere.

Since before the turn of the century, in the men’s events, almost every big city marathon, Diamond League track 5000m or 10,000m and international cross country has seen the majority of the leading places taken by African runners.  Just take a look at the top 10s from the last editions of these major city marathons (London, Paris, Chicago, Berlin, Boston, Tokyo, Amsterdam, Dubai, Hong Kong, Frankfurt), and you will see that 92 out of 100 runners hailed from Africa, taking all three podium positions in every single one. 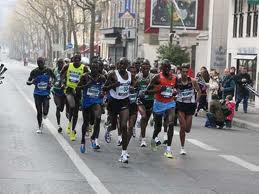 After a weekend in which African runners once again filled all the top spots in both junior and senior versions of the World Cross Country championships, it was with depressing predictability that despite live coverage on terrestrial TV, not a single English newspaper gave the championships even the briefest of mentions in the Monday morning sports sections.  If the sport wants to attract wider public and media interest, which in turn attracts sponsors (ie, money), then it simply has to address why this is.

Whilst other runners marvel at their stellar times, the casual sports fan has virtually zero interest in what they see as a sport devoid of characters to support or recognizable individuals to follow.  And therein lies the problem.  Whilst Africans have raised the standard to incredible levels, distance running has done an awful job of marketing itself to the masses.  Haile Gebrselassie is perhaps the only globally recognizable male distance runner of the past 20 years, with his infectious smile, glittering CV, but probably most importantly his willingness and ability to talk to the press in English.  However, as he passes his 40th birthday, his best years are behind him and there is no obvious successor. 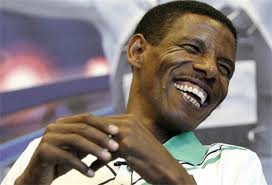 The sport simply must embrace and promote the likeable Mo Farah, and pray that his Olympic success marks the beginning of a long career at the very top.  In 2012, Mo Farah flew the British flag to double Olympic glory, and along with training partner Galen Rupp brought hope to the non-African nations, but more significantly a boost in interest in the sport of distance running.

Ask all but the most committed athletics statto to name a single winner of the London marathon in past dozen years and you’ll be doing well to find anyone who could name, for example, Abera, Rutto, Limo, Mutai, Lel, Kebede, Wanjiru or Kipsang.  Likewise, you will struggle to find a sports fan who could tell you who is the current holder of the World Marathon Majors title (a series incidentally devised to raise the profile of the major city marathons), or indeed name the current Olympic marathon champion. 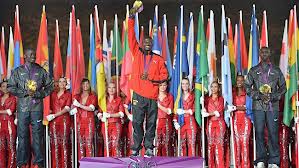 The sport simply fails to celebrate the achievements of its leading stars.  The problem is that most of them have little English, no media training and no public profile.  Many a journalist despairs at being able to elicit nothing more than “I am very happy” from a post-race interview from a big race winner.  There are few other mass participation sports whose top performers are so anonymous.

People want characters to follow, and stories to identify with, in order to take a real interest in the dynamic of the event.  In an age of social media and global internet access, look at the soap opera that surrounds football and cricket.  We hear the inside stories from cyclists and boxers, and gain insight into the life behind rugby players and golfers.  The media and commentators, as well as the management and agents play a vital role in raising the profile of their stars, and as a result the public lap it up.  The sponsors see where the public interest lies, and the money follows.  It’s a continuous circle.

Track and field athletics does a better job.  Usain Bolt and Jessica Ennis are truly global stars and marketed as such.  But the long distance events, particularly on the road and country are surely missing a trick. 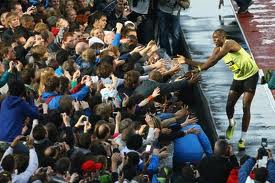 It could be argued that the East Africans of Kenya and Ethiopia have raised the bar too high, to the point where it’s just not competitive enough amongst the rest of world to raise interest beyond the hardcore fanbase of the sport.

Or perhaps the problem with the best distance runners is that their lifestyles are too monastic to be of interest to anyone.  Sleep, eat, run, sleep, eat, run, sleep, eat, run.  And that’s it.  Very hard to make an interesting back story of anyone who has basically done that since childhood in a high altitude African village.  The late Sammy Wanjiru gained far more press coverage upon his untimely death, than he did after breaking the Olympic marathon record in 2008 or winning the London marathon in 2009.

The talent amongst women’s running has historically been far more evenly spread around the world, with Britain’s Paula Radcliffe to thank in no small measure for making the sport interesting to the masses.  Along with the top American, European and Asian athletes it has been easier to find someone to cheer rather than a pack of anonymous African men.  However things are changing and modern cultural and social attitudes now mean that the Africans are increasingly dominating the women’s game (the top non-African runner in this weekend’s World Cross junior race finished in 16th place, and all of the top ten in the senior race were African born), and if the sport is not careful, they will soon dominate in a way that mirrors the men’s side and general global interest will drop.

Undoubtedly many will disagree, and point to evidence of sprinting being dominated by Afro-Carribean runners.  But would we be as interested if those top sprinters had no media profile and we never heard them speak or let us see behind the scenes?

Incidentally the game of snooker is facing a similar dilemma.  As interest grows rapidly in the Far East and more Chinese players are now making the grade, the sports governors see that a tournament full of anonymous Chinese players will mean a drop in interest from the casual British fan, and sponsors will desert the game if that is the case.  If they are not careful, snooker could in twenty years time become like badminton in the UK.  Popular to play at school or in the local leisure club with your friends, but absolutely zero interest in the top level of the sport. 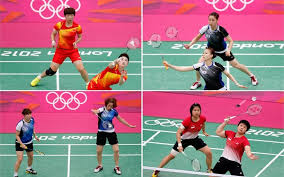 So for distance running, the bar is higher than ever before.  But unless non-Africans can find a way to compete, the future of it in this country looks bleak, at a time when it’s never been in better health.