Our Hype a Runner competition has been running for the last few months and Saturday saw the winners of the competition gather together for the grand prize: a spot at the Xempo Performance Day. 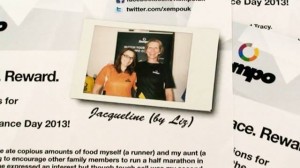 Held at Lee Valley Athletics Centre, there really could have been no better backdrop for a day dedicated to runners learning more about taking their running to the next level. As the elite of British athletics trained on the sun-soaked track outside, the Xempo Performance Day winners gathered, all excited for the day ahead.

Proceedings began with some very touching introductions from those who had ‘Hyped’ their friends and family, with inspirational stories of the things that runners had done for their local clubs, friends, favourite charities and their families. 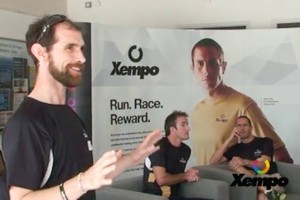 Next to the stage was Nick Anderson [link: http://www.runningwithus.com] also known as @nickandersonrun on twitter, who informed an information-hungry audience of the importance of specific training and how to adapt your training to your race goals. Scott Mitchell [link: http://www.moveclinics.com] who can be found on twitter as @run_physio, was the resident physio for the day and he also warned the runners about the perils of over training, which is almost certainly the number one reason people walk through his doors. 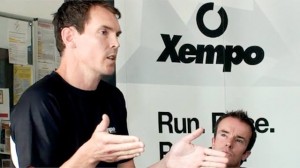 Following a brief but lively lunch break, the discussions resumed with tales of running heroics from Steve Way [link: http://www.steveway.co.uk] (@marigold_bac on twitter) and Paul Martelletti (@marders on twitter).

Steve, a very modest and – as we were to discover – slightly mal-coordinated runner, wowed the audience with his recent victory in the Stockholm Ultra 100k (his first attempt at the distance). It really is hard to believe that running is still relatively new to him, having given up a very unhealthy lifestyle only a few years ago. The key for him, he told the Xempo Performance Day audience, was consistency: his running is built on years, not weeks, of consistent training. 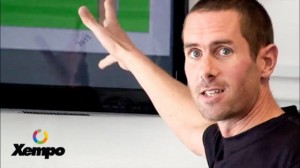 Paul Martelletti, fresh from a 10k race (completed in a mere 30 minutes), then shared his own progression from a similarly unhealthy way of life to a 2:16 marathon best. Run commutes and online running forums had transformed his running and, as a stat geek by nature, he was happy to share his running statistics and weekly mileage since he started running seriuously several years ago. And, somewhat reassuringly to the rest of us, shared his insecurities about his ‘chunky’ legs. 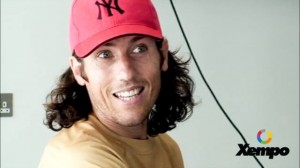 From theory to practice

After the information and inspiration, the gathered Xempo winners were all released into the wild (the Lee Valley track) for a much-anticipated training session led by Nick and Scott. 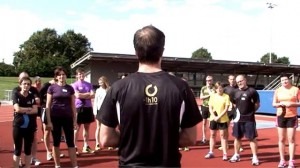 The initial focus was all about posture, which coach and physio agreed is vital for correct running form.

After that the group moved onto drills. Nick and Scott put us through our paces on the track as the Xempo Performance Day runners lined up alongside Steve and Paul. This proved to be a lively affair as the elite athletes amongst us struggled with the array of drills and very nearly fell over their own feet (we’re looking at you, Steve).

Taking on board all that had been learnt, the runners put theory into practice with a couple of laps of the woodland trail and the runners compared running tales and reflected on the stories heard and lessons gleaned. 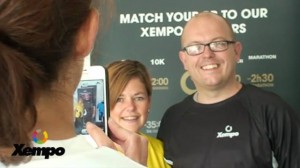 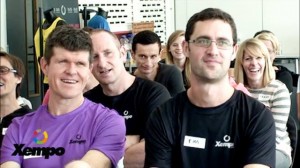 It was a wonderful day and everybody took home a great deal – goodie bags included – with socks from RunBreeze [link: http://www.runbreeze.com], hydration courtesy of Vitacoco [link: http://vitacoco.com/uk/], vouchers from Graze [link: http://www.graze.com/uk] and some fantastic Naked Runner [link: http://www.naked-runner.com/] glasses as spot prizes for those who told their stories on the day, as well as sports nutrition taster packs from High 5 [link:http://highfive.co.uk/].  Not to mention Xempo t-shirts for all attendees.

There was a wonderful balance of inspiration and information, provided not only by the elite runners and experts but also, crucially, by the participants themselves, many of whom said that what they had learned had given them the boost that they needed to take their running to the next level and earn the next Xempo top on the ladder. We wish everyone well in their running!